Thomas Becker, Managing Director of String “The SDGs are another important piece of the overall framework for combating climate change”

Thomas Becker is a specialist in renewable energy and sustainable development with extensive experience in public, private and NGO fields. He was CEO of the European Wind Energy Association from 2013 to 2015 and deputy permanent secretary at the Danish Ministry of Climate and Energy. He was the negotiator for the Danish presidency of COP 15 in Copenhagen in 2009 on climate change at the UNFCCC (United Nations Framework Convention on Climate Change). In Sustainable Brands Madrid 2018 he will analyze how consumers can be empowered in the energy transition. 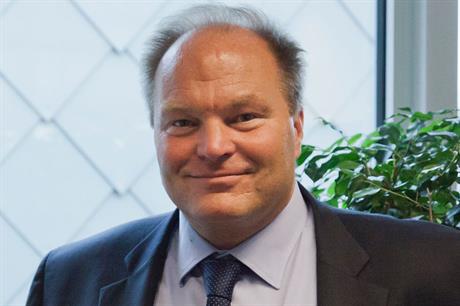 What do you think about the extreme weather conditions around the world, accentuated by high temper

atures, and massive fires like the ones that are happening in California, and natural disasters such as floods around the world?

I think the extreme weather we have been seeing not only this year but for a number of years, should be a wakeup-call for all of us. We cannot simply dismiss it as ‘normal’ fluctuations, but have to take them serious as manifestations of climate changes. And therefore, we have to act to counter and manage these changes.

Has The Paris Agreement on Climate Change been the most important turning point for sustainable development?

The Paris Agreement is a very important both as a statement of political will and as a framework for action. But, cruci

Investors are increasingly asking for more information from companies when investing in them. Did The

Paris Agreement endorse companies that were already committed to climate change and the environment?

I think so yes. The Paris Agreement was part of a movement that we are seeing right now, where investors are becoming aware of two things: That their own shareholders – e.g. members of pension funds – actually want them to invest in green solutions. And that there is a real risk of being left with stranded assets in fossil fuel-dependent industries. This means that companies and industries that are on the forefront o

What role are governments playing over the past three years to promoting The Paris Agreement? What role do they have to achieve these established goals and objectives?

In my view, governments should provide the political goals and the policy framework – and then let businesses and civil society figure out the best ways to reach those goals within the framework. So governments are very important actors in pushing for change, but shoul

d refrain from trying to micromanage the transition.

It has no doubt been a major political setback that the US under President Trump opted out of the Paris Agreement. That being said, other actors have taken up the baton, most notably China, although they still have a long way to go in decoupling their economy from carbon emissions. I think everybody who is concerned about climate change have to move forward together, without placing too much weight on traditional alliances.

What hope do you have in the SDG that they will help to stop climate change and promote respect for the environment?

The SDGs are another important piece of the overall framework for combating climate change. We cannot forget that we have to achieve two goals at the same time: Lowering carbon emissions while at the same time making people’s lives better. We cannot succeed in one without delivering on the other.

At Sustainable Brands Madrid you will speak about empowering consumers for energy transition. How can this be achieved?

For one thing, by highlighting how much energy is spent – and often wasted – in different industrial and food-producing processes. That way consumers are able to make informed choices. But in a broader view, I think it is about giving consumers a sense of agency – that the sum of individual actions can actually make a difference in improving the world.

Empowering Consumers for the Energy Transition