The Netherlands is the guest country at Sustainable Brands Barcelona 2016, and currently holds the rotatory presidency of the European Union; sustainability, innovation and the environment are high on the presidency’s agenda.

It’s barely one month after the Paris COP21 agreement and the Dutch -a nation that does not like to waste time- have prepared a month of January packed with action.

What is the Circular Economy?

The Circular Economy is an economic system that maximizes the re-usability of products and raw materials, and minimizes their devaluation. This system differs from the current linear system, where raw materials are used to manufacture products that are destroyed at the end of their shelf lives.

From January 21st to 28th, meetings, masterclasses, keynotes and co-creation sessions are organized throughout the country, aiming to connect the whole Dutch business community, to create the right tools and knowledge to anticipate and to increase awareness of existing circular business cases.

The Circular Economy Week keeps the momentum of CSR Netherlands, with a market meeting for producers and users of climate management systems, and will see the signing of the Fair Infrastructure Agreement, an important step towards a circular economy.

The Netherlands Circular Hotspot campaign, was also launched earlier in January at the CSR Netherlands meeting, aiming at positioning The Netherlands internationally as a circular hotspot, sharing the best practices and learnings with companies and governments around the world. The campaign includes the realisation of a broad vision on The Netherlands’ circular future, a Circular Expo, exhibiting (internationally) scalable circular projects, and an incoming trade-and journalist mission.

Sustainable Brands Barcelona 2016, organized by Spanish sustainability-specialised communication agency Quiero Salvar el Mundo Haciendo Marketing will take place in May 22-24 and the Circular Economy will be one of the key themes of its professional conferences.

“A circular economy can be an accelerator for job creation”

SB Barcelona: The Circular Economy is almost becoming a byword for The Netherlands…

Sybren Bosch: Yes, the Circular Economy is booming in the Netherlands. Businesses from many different fields are taking up the challenges related to resource scarcity, and see the potential in economic growth. For The Netherlands as a whole, TNO (a Dutch research firm) calculated a potential of 7.3 billion euros, and 54,000 additional jobs if the circular economy would really be put into practice. These jobs would materialise in repairs and secondary in services (leasing, pay-per-use models, consultancy, etc.)

The Netherlands also aims to show this potential to other countries. «The Netherlands as a circular hotspot» is the campaign aimed at showing other European countries what is already happening here. 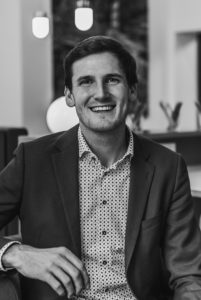 SB: Because the innovators have started, and it is time to get the early majority on board (considering innovation curves theory). The Netherlands has historically been famous in the areas of water and trade. This Dutch entrepreneurial spirit is also visible in the way businesses work, always looking for new opportunities. As one of the world challenges at the moment is -next to climate change- material scarcity, we have no raw materials at all, there is a strong need to preserve the raw materials that we have in the form of products.

The prime minister has also embraced the circular economy, and the country is using the  presidency of the EU to work on an implementation strategy of the Circular Economy Package. This includes an integral approach of regulatory frameworks, policy guidance, and programs and campaigns to further stimulate business.

In January 26th, Sharon Dijksma, Minister for the Environment, officially stated that she believes that The Netherlands can lead Europe in the transition to a Circular Economy, thereby reducing its dependency on foreign material supplies and stimulating European jobs and economic growth.

SB BCN: What are the aims of the Circular Economy Week?

SB: The aim is to provide handholds for a new group of businesses to start working with the circular economy concept. Frontrunning businesses lead by example, and many others do already follow; this week aims to accelerate that process and that more businesses join the movement.

SB BCN: How strategic do you think the circular economy is and will become for economic growth and employment?

SB: Sustainability as a whole is a large, holistic concept, although used in very many different forms. The circular economy should, in my opinion, be about high-level reuse of materials, to preserve our materials within Europe and at the same time being able to retain our present-day level of development.

With regards to jobs, a circular economy can be an accelerator for job creation at home. First, not to forget, because we reduce raw material extraction, we reduce our burden on bad labour conditions abroad, thereby cutting the monetary supply to gangs around scarce materials and creating a basis for people in developing countries to start a different life. Second, because we repair more products, a large amount of jobs is required with a technical background. Third, as we will also shift to providing more services, more jobs will be needed there to do the contacts between suppliers and users. Fourth, as clean energy is one of the key foundations of a circular economy -a transition already underway in parallel- this will also increase the amount of local jobs.

The circular economy concept is therefore strongly linked to the larger sustainability picture, social aspects, and the energy transition and should, in my opinion, focus on high-quality material re-use as other concepts already focus on the other elements. Both companies and the administration are embracing these concepts. There is a book of 50 Iconic Projects in The Netherlands around the Circular Economy that may inspire others to follow.

Sybren Bosch is working for EVOLV, a consultancy and research firm on sustainability and circular economy that aims to help local governments and SMEs with their sustainability efforts. EVOLV works together with two scientific knowledge partners: Het Groene Brein, the Dutch national network of scientists for a new economy, and the Arizona State University, with a separate School of Sustainability.

On February 2nd and 3rd, right after the Week of the Circular Economy, the national event on Circular Economy will be held for the second time. The Circular Economy congress presents keynote speakers, case studies, boot camps and an innovation zone. It is intended for all stakeholders in the value chain that want to learn from case studies and other organizations that are seriously committed to the Circular Economy. It will address the strategic imperative behind the circular economy in their products, services, business and revenue models’ perspectives.