Break-out: Opportunities for businesses as partners in the implementation of the United Nations Post-2015 Development Agenda 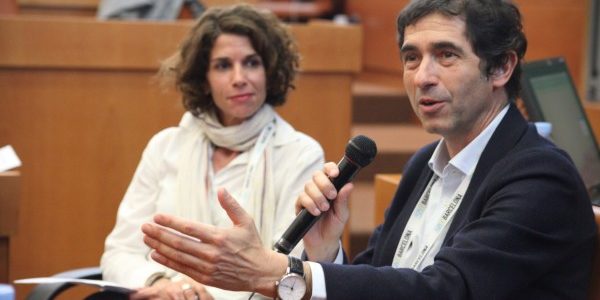 Katherine Raleigh, of the Sant Pau Knowledge Centre, set the tone early on in the conversation, framing 2015 as a year of significance for the UN. You see, the UN entity is in its 70th year. The world is experiencing many challenges from a wide range of problems, and some may openly question the effectiveness and efficiency with which the UN has been able to influence recent regional and global issues. She closed the introduction with an interesting question to the panelists; “The UN has shown that it wants business, but does business want the UN?”

Carlos Mataix, of itdUPM, began his segment with a brief description of the major differences that global policy makers face today, vs. at the turn of the 21st century. From what I could understand (yes, I was making up for missing Spanish class by enforcing a ‘no-translator’ policy, therefore, this minor deviation from the blog serves as a waiver for any misinterpretations), he stressed that the first major change was that there are no longer credible policy makers or influential countries that are nowadays arguing against the fact that major global trends, such as global warming, are occurring. He argued that issues are increasingly global, that our interconnectedness has exponentially expanded over the past 15 years and as a result our ability to create solutions has been greatly enhanced. He also discussed the UN’s business synthesis report that provides ideas for change, describes the factors that we can use to create more change with innovation, and how we can make technologies readily available in countries were the infrastructure does not yet exist. He stressed that Spain has a particular ability to serve the world with respect to technological and business innovation, and he used expertise with renewable energies as an example.

Next up, Elisabeth de Nadal, of Cuatrecasas, Gonçalves Pereira, discussed the UN’s Global Compact, which represents a more streamlined, business focus version of the UN’s 17 stated development goals. The Global Compact is a voluntary initiative that businesses can utilize to help increase alignment with the UN’s tried and testing path for creating value in the development sector. Elisabeth also stressed Spanish companies impressive record with sustainability reporting, stating that Spain has the potential to continue to lead in terms of transparent business.

Juan Ramon Silva, representing Acciona, was next to speak. He began with an opening question; “how can we all participate better”. He mentioned that the same stakeholders have attended many meetings, forums, workshops, and ultimatums, and that a need for efficiency and inter-stakeholder cooperation is key to an efficient and sustainable future. He acknowledged that the private sector does deserve some of the blame for some of the problems that we face in the world, but he also stressed that the same private sector needs to be actively consulted and involved with the solutions. Acciona’s participation in the development sector mainly focuses in its business strengths, infrastructure, water, the environment, and climate change. He stressed that it is important for the private sector to define their development objectives based on what sector they are in, possibly inferring that efficiency is best realized when private enterprises apply similar practices that make them successful to development projects.

All in all, it was a very interesting discussion about the interface between private enterprise and the UN’s development plans post 2015. 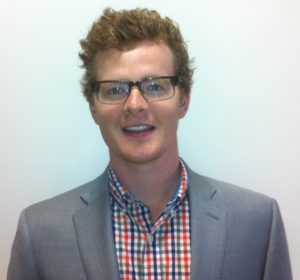 William Maize is a MBA Student at IESE and President of the Responsible Business Club. Passionate about the environment, he hopes to help improve our relationship with the planet.